We, The Women Of This Generation, Can End Female Genital Mutilation … Worldwide… #BRISTOLvsFGM #SayNØkay2FGM #GayeCrispin

The film, ‘Silent Scream,’ was produced by Integrate Bristol, a charity working with, and for, children and young people who have come to Britain from other countries and cultures.

The charity was formed to help these children and young people with integration and adaptation.

Integrate Bristol helped 27 young women from Bristol make a movie designed to raise awareness of FGM, and also to campaign against  FGM within their community.–

It’s believed up to 2,000 females in Bristol (20,000 in Britian) could be subjected to FMG annually. Female Genital Mutilation  is a crime in the UK with a penalty of up to 14 years imprisonment. Prosecutions are rare, with most family members being reluctant to speak out. Integrate Bristol hopes that greater education and support will help open up dialogue and lift the veil of silence.
–
15 year old Sadumo Abukar, who worked on the script of Silent Scream, said: “With the summer approaching, this campaign is very important, as this is the time of year girls are most at risk from being taken abroad for FGM to be carried out.
We hope the film raises awareness in schools and encourages people to talk about FGM, giving people the confidence to say ‘this is wrong’. If anyone thinks they, or a friend, might be at risk of FGM, please don’t stay silent.” –
—
–

The Bristol Safeguarding Children Board (BSCB)

Chair of the BSCB,  Professor Ray Jones, said: “Although Bristol has already done a lot of work in this area, it is important we continue to remind people that FGM is a form of child abuse.

It is illegal for any UK citizen to have any form of FGM and the law extends this protection to women and girls if they are taken outside the country.” “The school summer holidays is known to be a time of risk and I’m pleased to see this programme of activity from both statutory organisations and community groups, presenting a united front against the practice.” … read more

–
Hello Friends,
I believe the wider Bristol community, the BSCB, First Light Awards, Professor Ray Jones, and especially the 27 heroic women and Integrate Bristol all deserve a big “well done.”
–
Works like ‘Silent Scream’ have a tendency of encouraging discussion and debate,  a necessary ingredient in opening up and establishing dialogue with practitioners and advocates of FGM.
–
By showcasing  a family being torn apart by loyalties to both old and new worlds, and challenging cultures and tradition that condone FGM, the Integrate Bristol organisation, are a true credit to Bristol.
–
Silent Scream is a shining example of what’s possible when a collaborative and supportive community decide not to bury their head in the sand, but set about to address the real-life challenges their members face pro-actively and creatively.
–
Well done to the people of Bristol for your contribution to ending Female Genital Mutilation.
–
You’re and inspiration,
–
Gaye Crispin

Read:
We can bring an end to FGM  – Raise your voice to end Female Genital Mutilation

As a token of solidarity with, and support for,  our young Bristol sisters, please hit all the share buttons below.

We, The Women Of This Generation, Can End Female Genital Mutilation … Worldwide… #GayeCrispin #SayNØkay2FGM

We, the women of this generation, can bring an end to Female Genital Mutilation…

In case you don’t feel like reading through this post I’ve put my end-note here at the beginning too,  so that you’ll know what to do.

I truly believe that we, the women of this generation, can bring an end to FGM (Female Genital Mutilation), worldwide… once we decide to!

And guys, we need you all to join in and help us.

Please join me. Click here and Sign The Appeal  for a worldwide ban by the United Nations General Assembly on Female Genital Mutilation

Together we can do this,

The World Health Organisation estimates somewhere between 100–140 million women and girls alive today have been subjected to FGM.

We can bring an end FGM

and sliced off her clitoris with a razor blade.

“Since I was a child that deep wound left in my body has never healed,” she wrote in her first autobiography, A Daughter of Isis. “I lay in a pool of blood. After a few days, the bleeding stopped. The midwife peered between my thighs and said, ‘All is well. The wound has healed, thanks be to God.’ But the pain was there, like an abscess in my flesh.”

For the past 60 years Nawal, who is nearly 81 years old, has continued to campaign for an end to FGM, of which an estimated two million girls are at risk each year.

She has written 47 books tackling problems faced by women in Egypt, including Women and Sex in 1972, for which she lost her job as director of public health for the Egyptian Ministry of Health.  El Saadawi is said to be the most widely translated Egyptian author. Her writings focus on Arab women’s problems, gender equality, and women’s oppression, particularly Female Genital Mutilation.

Dr El Saadawi wrote her story, Memoirs from the Women’s Prison, on low grade toilet paper, and using an eyeliner pencil she borrowed from a fellow prisoner when she spent three months in jail for “crimes against the state.”

Egypt banned the practice of circumcising females after the tragic death of a 12-year-old Egyptian girl, Badour Shaker, whose mother paid a female doctor $9 to cut off her daughters’ clitoris.

“When I heard of the death of Badour Shaker I wrote an open letter to her parents, saying they should not be silent – they should scream so all the world would hear their voice. They should use her death to educate everybody,” Dr El Saadawi said.

We can bring an end FGM Waris Dirie came from the Somali desert to dominate the world’s catwalks. Dirie is without doubt one of the word’s most beautiful women, inside and out. But when Waris Dirie’s movie, DESERT FLOWER appeared in 1998, the world was shocked.
–
In New York, at the peak of her career, she tells in an interview of the practice of female genital mutilation that she had to suffer when she was five. Waris Dirie decided to end her life as a model and dedicate her life to fighting this archaic ritual.
–

Fashion model, UN ambassador and courageous spirit, Waris Dirie is a remarkable woman.
Born into a traditional family of tribal desert nomads in Somalia, at age five years old she was forced to endure the savage custom of female circumcision.
–
At age twelve she ran away, on foot through the desert, in order to escape an arranged marriage.
–

Her world changed when she was ‘discovered’ by Terence Donovan while working as a cleaner in London, and she went on to become a top fashion model.
–
Her books, Desert Flower and Desert Dawn are both best sellers.
““I feel that God made my body perfect the way I was born. Then man robbed me, took away my power, and left me a cripple. My womanhood was stolen. If God had wanted those body parts missing, why did he create them?
I just pray that one day no woman will have to experience this pain. It will become a thing of the past. People will say “Did you hear, female genital mutilation has been outlawed in Somalia?” Then the next country, and the next, and so on, until the world is safe for all women. What a happy day that will be, and that’s what I’m working toward. In’shallah, if God is willing, it will happen. ”
Waris Dirie,
Desert Flower: The Extraordinary Journey of a Desert Nomad.
You can also follow Waris Dirie on Twitter

Health workers in Australia demand greater education about the practice of female genital mutilation as they increasingly treat women who underwent the procedure, as World News Australia reports on Monday. “Twenty years ago it was never spoken of,” said Louise Farrell, Chairwoman of Women’s Health at the Royal Australian and New Zealand College of Obstetricians and Gynecologists. “In the last 10 years, with the increase of African immigration, it has become more of an issue and that has led to resource people in most of the tertiary maternity units throughout the country”, she further stated. FGM is illegal in Australia, as is re-stitching a woman who has undergone the treatment after she gives birth. While there is no evidence that female genital mutilation takes place in Australia, health workers are aware of migrants returning to their home countries to have their children undergo the procedure.

I truly believe that we, the women of this generation, can bring an end to Female Genital Mutilation,

…once we decide to!

Together we can do this, 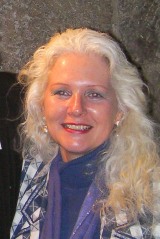 Use the share buttons below and help put an end to